A magnitude 6.4 earthquake trembled Tainan on the supposedly peaceful early morning of February 6, 2016, causing a high-rise commercial residential complex building in Yong Kang District to tip over, resulting in more than 100 casualties. Huey-Jen Su, President of NCKU, instantly organized a crisis management team and contacted the Tainan City Government to provide support and disaster relief on all fronts, including medical staff as well as technicians, professors, and equipment used for civil engineering, mechanical engineering, earthquake and disaster prevention.

In the darkest hours of the city, NCKU stood close with its fellow residents. Search and rescue efforts were initiated promptly and efficiently as the clock was ticking. Being part of the emergency response, the NCKU team had quickly set up an emergency rescue station at ground zero, complete with a command and evacuation operation system. Within 48 hours, Jiann-Yeou Rau, Director of “Lab. Of Cyber-city” of the Department of Geomatics, had completed the compilation of 3D stereoscopic images of the collapsed building, which greatly helped the rescue team to locate the victims trapped by rubbles accurately. Meanwhile, George C. Yao, Chair Professor of the College of Planning and Design and Researcher of National Center for Research on Earthquake Engineering, had assembled an investigation team with more than ten groups of structural engineering experts to conduct on-site surveys and collect data to facilitate the decisions on disaster relief.

Not only had NCKU taken first response to the disaster, but had also proactively provided various implications and suggestions on urban redevelopment during the reconstruction process. Within 4 days, the NCKU crisis management team had compiled a comprehensive report on the damage of primary and secondary school buildings throughout Tainan to the Ministry of Education, which also included suggestions to the schools with damaged buildings on possible structural risks and plans of reinforcement. In the aftermath of the disaster, a series of community-based workshops were held to boost the community support and to spread awareness of earthquake preparedness. Workshop topics such as the effects of soil liquefaction, voluntary inspection exercises, and ways to build disaster-prepared communities were covered to help the people of Tainan to assist their “resilient community.” Meanwhile, NCKU has also provided post-disaster counseling for the students of Guiren Elementary School to help relieve the children’s trauma from the earthquake.

As NCKU believes that the relationship of a university and its city thrives on co-dependency, we vow to rush to the frontline during the most difficult times of our city, to bravely take up difficult tasks and support our fellow citizens of Tainan with our expertise in various fields. 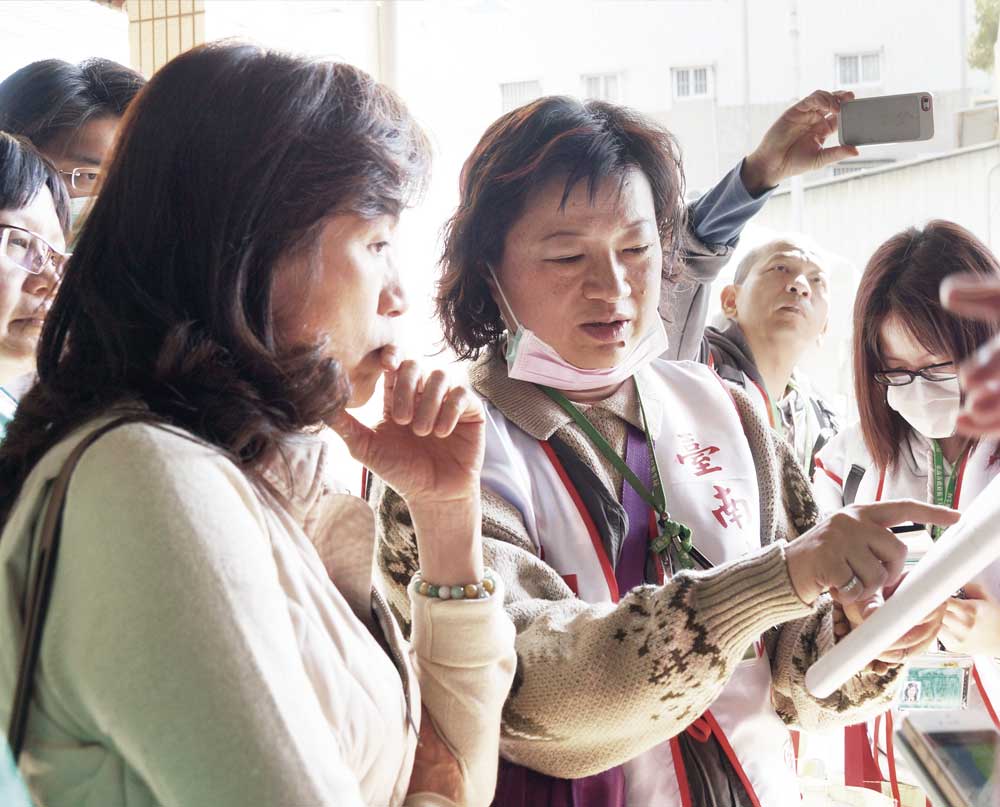 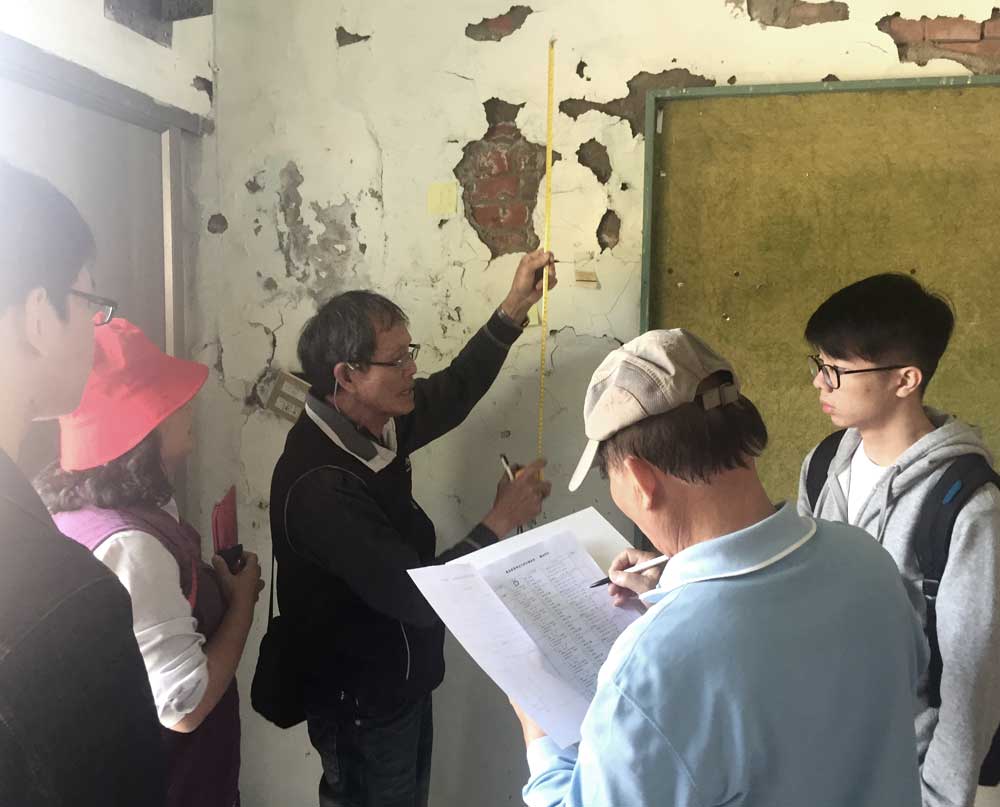 NCKU assisted local residents to rebuild their homes and foster “resilient communities” after the earthquake. (Courtesy of NCKU Matters Where Ambition Meets Innovation) 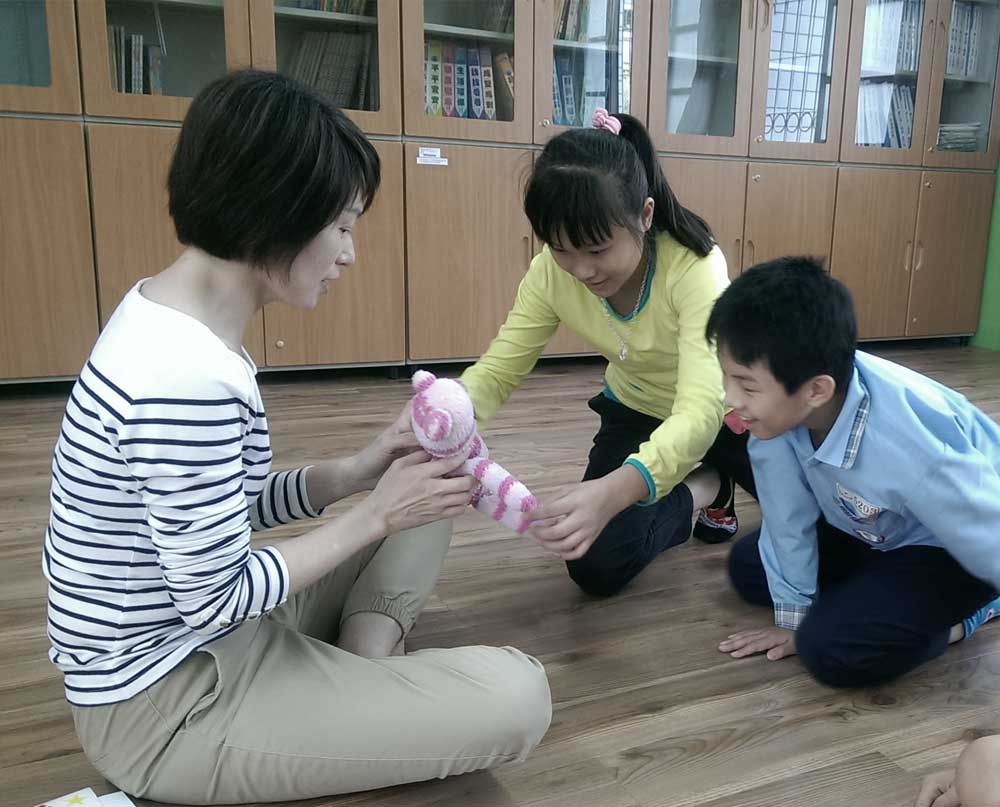