In 2000, NCKU established the Department of Taiwanese Literature, the first of its kind in Taiwan. (Courtesy of Yu-Hua Tsai)

Based in Tainan, NCKU keeps pace with with urban and national development

As a Tainan-based university, NCKU has developed a system of holistic education under the influence of the historical, cultural and humanistic heritages of the ancient capital of Taiwan. In return, NCKU has endeavored with its academic capabilities to facilitate the efforts of the city administration to maintain historical relics, preserve cultural assets, and engage in in-depth archaeological research. Significantly, NCKU has influenced the governance of the city in the conservation of historical and cultural heritages, and even the urban landscapes across Taiwan.

Tainan is distinguished as the oldest city in Taiwan with a rich cultural heritage. Although starting as an engineering school, NCKU has spared no effort to promote the discipline of the humanities and social sciences as a knowledge provider and interpreter of cultural values for this 400-year-old city. Assuming its social responsibility as a university, NCKU will continue to interact with the city to facilitate its overall development.

NCKU has participated proactively in many operations for the recovery and reconstruction of historical relics, launched by the city government, to facilitate its governance of urban landscapes and cultural heritage conservation. In 1935, when Chihkan Tower or Redhill Tower, the original site of Fort Provintia, was designated as a historical relic, the Taiwan Governor-General assigned architecture technician Suketaro Chijiiwa to investigate and supervise throughout its conservation process. Afterwards, Chijiiwa was appointed to teach at Tainan Technical College (predecessor of NCKU), and in 1944 he established the Department of Architecture. Also in 1960, when the Tainan City Government renovated Chihkan Tower again, the Department of Architecture NCKU also served as the restoration and engineering research institute, fully demonstrating the close relationship between the city and NCKU.

Another notable historical heritage of Tainan is Shuixian Temple (Water Immortals Palace). With funds provided by local merchants, the temple was built in the Five Channels Harbor area during the Qing Dynasty, and was partially demolished during Japanese rule, with some of its architectural components and antiques scattered into the hands of civilian collectors. In the 1950s, Professor Bo-Chuan Guo of the Department of Architecture managed to locate and procure these lost relics and use them as teaching materials in class.

In 1967, when the Tainan City Government decided to demolish the Minor West Gate on Feng-Jia Road for infrastructure improvement, NCKU faculty and students expressed their concern about the historical relic. In response, President Yun-Ping Luo sent delegates to communicate with the city government. As a result, the Minor West Gate was relocated to Kuang Fu Campus in 1970 alongside the remnant of Minor East Gate. The two gates are standing on the campus as a testament of NCKU’s effort to safeguard the ancient capital of Taiwan. Meanwhile, built in 1912, the Former Tainan District Court also had many close rescues from demolition. Fortunately, after a group of teachers and students from NCKU visited the Judicial Yuan to make an appeal for its conservation, it was designated as a national historical heritage in 1991, thus kicking off a new conservation movement in Taiwan for buildings from the Japanese Colonial Period.

NCKU has always been concerned with the overall development of Tainan. Specializing in Urban Planning, President Yun-Ping Luo allocated the land behind Tainan Railway Station for the city government to use gratuitously and to pave the road leading to the west section of Daxue Road during his term in office. Under his leadership, NCKU cooperated with the government to promote the economic development in the neighborhood of Yule Street, with a profound influence on urban landscapes around the railway station and the college community.Besides its immediate neighborhoods in east Tainan, NCKU has contributed to the development of communities in other districts of the city. Take the Confucius Temple Cultural Park as an example. The park, a must-visit tourist site located in west central district in Tainan today, was actually an obstacle to the development of the local community before. To resolve its existing problems, NCKU organized a team of faculty and staff members specializing in architecture, urban planning and traffic management. Based on the philosophy of conservation and rejuvenation of urban spaces, the team adopted a demolition strategy to dismantle the wall between the Temple and Zhongyi Elementary School in order to integrate the old historic heritage and its neighborhood into a park of culture and education with walking paths extending to all directions, making Confucius Temple an “eco-museum” more accessible to the public.

The heritage and public space renovations initiated by NCKU also led to a wave of public space de-walling movements, re-use of old houses, and adoption of urban vacant space, which in turn affected the urban landscape of Taiwan from 1990 to 2000. The demolition of walls has decreased the distance between residents, communities, campuses, and public spaces, giving rise to a new trend of urban aesthetics.

Understanding the History of Taiwan to Strengthen Its International Relations

Only by understanding the history of Taiwan can we reach out to connect with the world. For 50 years since the 1970s, the “Phoenix Tree Literature Award” established by the Department of Chinese Literature, NCKU, has been a fertile pasture for emerging writers to create literary works interpreting the diverse landscape and content of Taiwan’s humanistic culture. Meanwhile, the Department of History has formed the Society of Historical Relics Investigation, enabling its faculty and students to explore the history of Tainan through field surveys, interviews, and inscription rubbings of stone tablets. Their exploration even went further into the depths of the soil. In 2019, the Archaeological Team of NCKU successfully excavated and reclaimed the remnants of ditches from the Qing Dynasty, old residential sites, and street outlines surrounding the 17th Century Fort Zeelandia. Notably, the 17th Century porcelain found in the exploration is regarded as evidence of Taiwan’s role during the 17th Century global trading network. Other excavated antiques, especially those of aboriginal Taiwanese discovered within the Tainan area, also reflect the cultural exchanges between different ethnic groups 2000 to 3000 years ago.

These historical and archeological studies have provided more diverse perspectives of Taiwanese civilization, in contrast to the narrow interpretation of Taiwan history solely from the perspective of the Han settlers during the Ming and Qing dynasties. Based on these findings and interpretations, we are able to examine Taiwan within a broader scope and redefine its historical identity and cultural value.

In 2019, the Cultural Affairs Bureau under the Tainan City Government started to make plans for the 4th Centennial Celebration of Tainan City. As part of the event, NCKU was commissioned in 2020 to implement a three-year project for the compilation of “The 400-Year History of Tainan Literature.” Under the project, Honorary Prof. Chang-Ming Chen from the Department of Chinese Literature gathered scholars specializing in related studies within and beyond NCKU to compile literary works to represent the history of Tainan, as well as to progressively clarify the identity of Taiwan. Meanwhile, Chung-I Lin, Vice President of NCKU at the time, launched a project in 2019 to promote “Taiwan Studies,” exploring a wide variety of issues including ethnic groups, class, gender, policies, and social support systems. Through social practice, Lin hopes to help shape a new generation of Taiwanese that are culturally autonomous.

As noted by President Huey-Jen Su: “NCKU is more than a university. It is a part of Tainan.” Only by understanding the past can we march forward to the future. In 2017, NCKU launched the required course of Exploring Tainan in its general knowledge education curriculum for its freshmen. The course, conceptualized by Prof. Yuh-Neu Chen, Dean of the Department of Chinese Literature, integrates the history and urban development of Tainan. It requires students to reach out beyond the campus to personally understand the city and contemplate the value of a “human being” in a society.

Apart from its localization, NCKU established the “Institute of Creative Industries Design (ICID)” in 2006 to increase its international influence. With its English-taught curriculum, the institute attracts students from around the world. The program covers vertical integration within the industries, including product design, multimedia interaction design, and service design, as well as the horizontal integration between the various sectors of creative industries, including art, creative, marketing, engineering, innovation, entrepreneurship, and intellectual property. Through industry-university cooperation, academic seminars, and workshops, ICID serves to be a bridge between the industries and communities in Tainan to propose solutions to raised issues. Many foreign graduates of the institute have returned home with the humanistic value of NCKU, which can be seen as a step forward in the “logloblization” from Taiwan to the rest of the world.

Through decades of cultivation in the field of the humanities and social sciences, NCKU has not only enriched the cultural literacy of its students, but has also brought enormous energy to the city of Tainan, generating the core values of society and leaving a deep trail in the histories of the city, Taiwan, and the world. 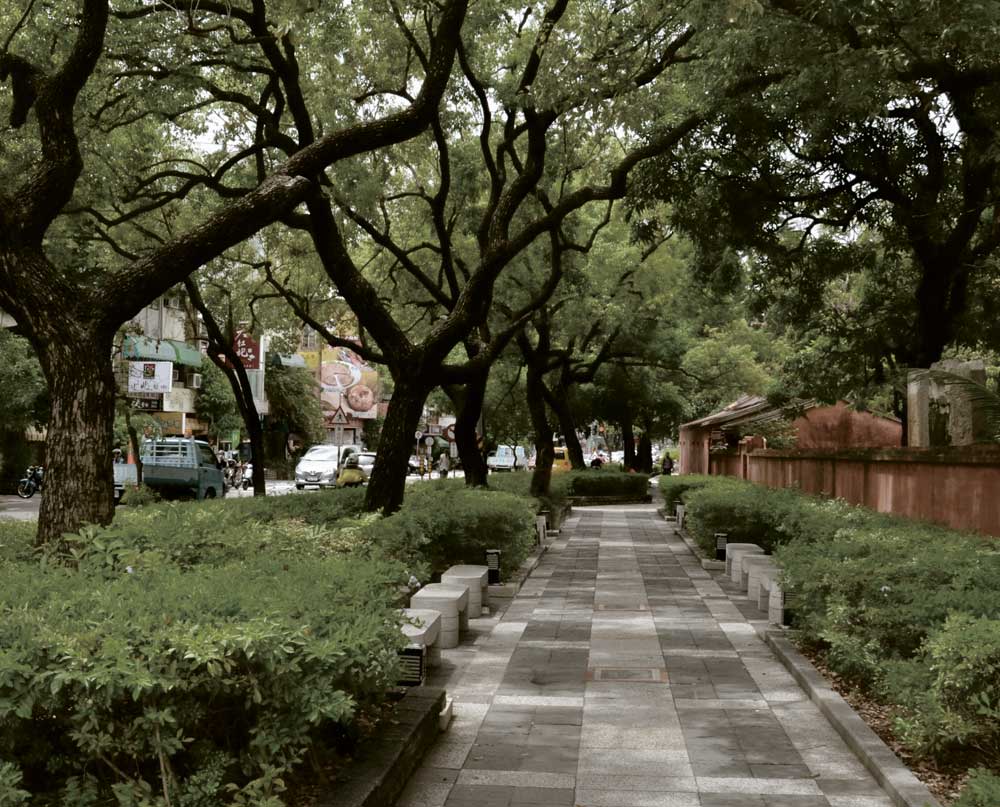 A photo of the sidewalk in the Confucius Temple Cultural Park as a result of renovation efforts in the last 20 years. (Courtesy of Yu-Hua Tsai) 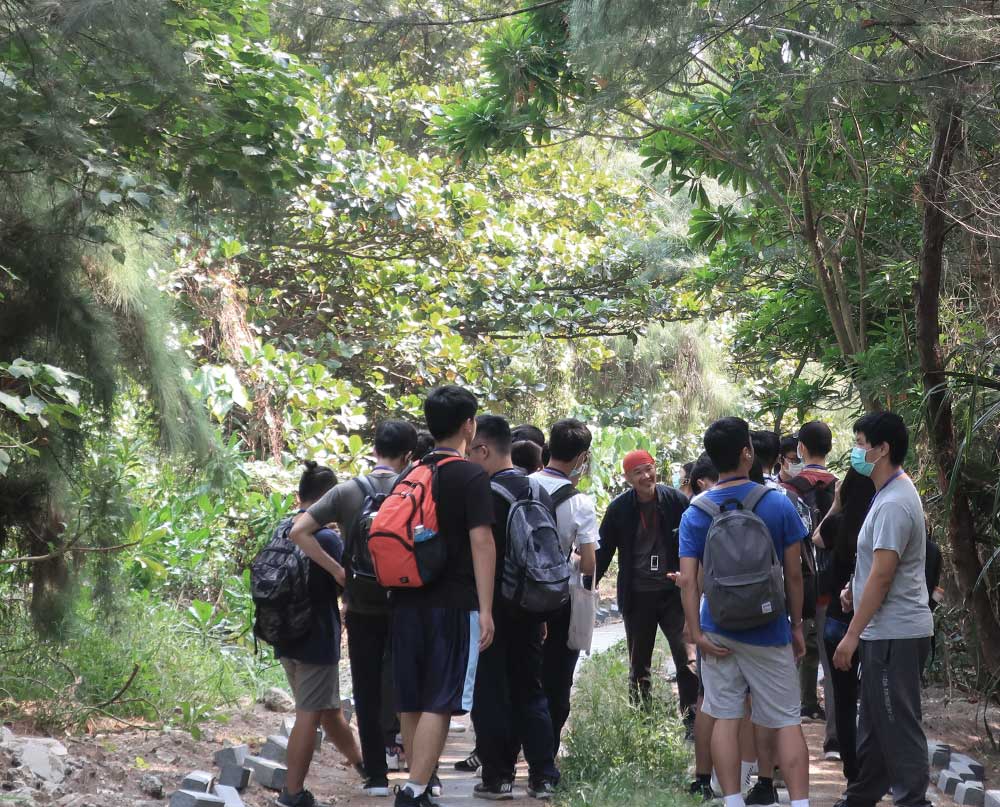 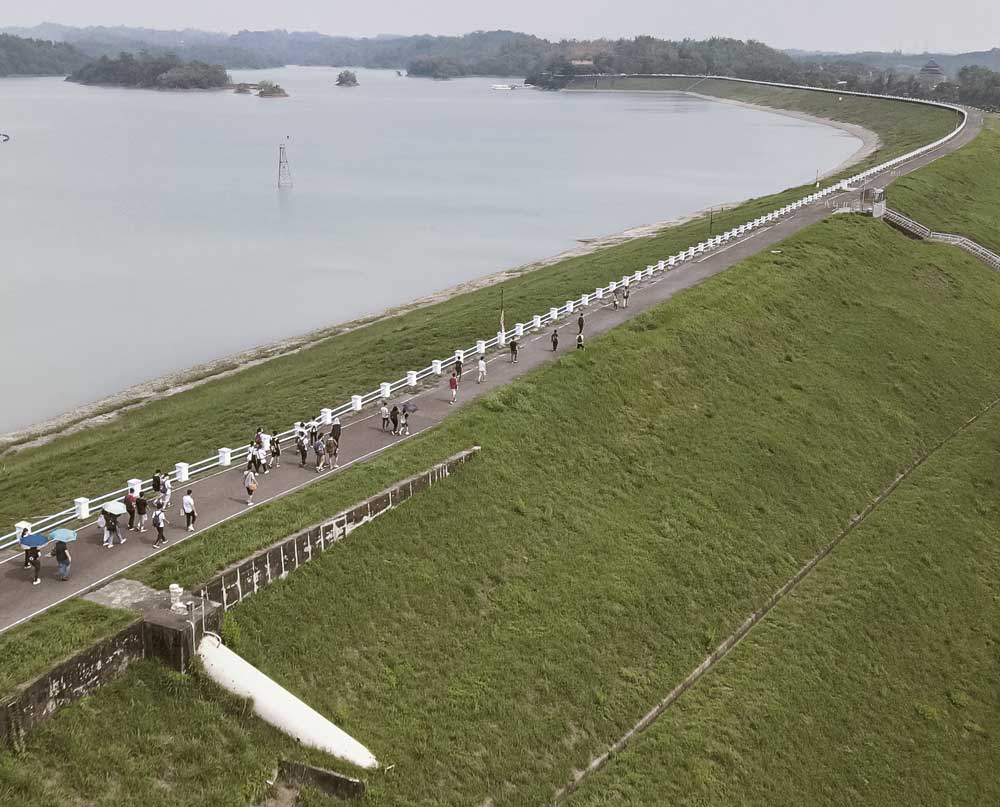 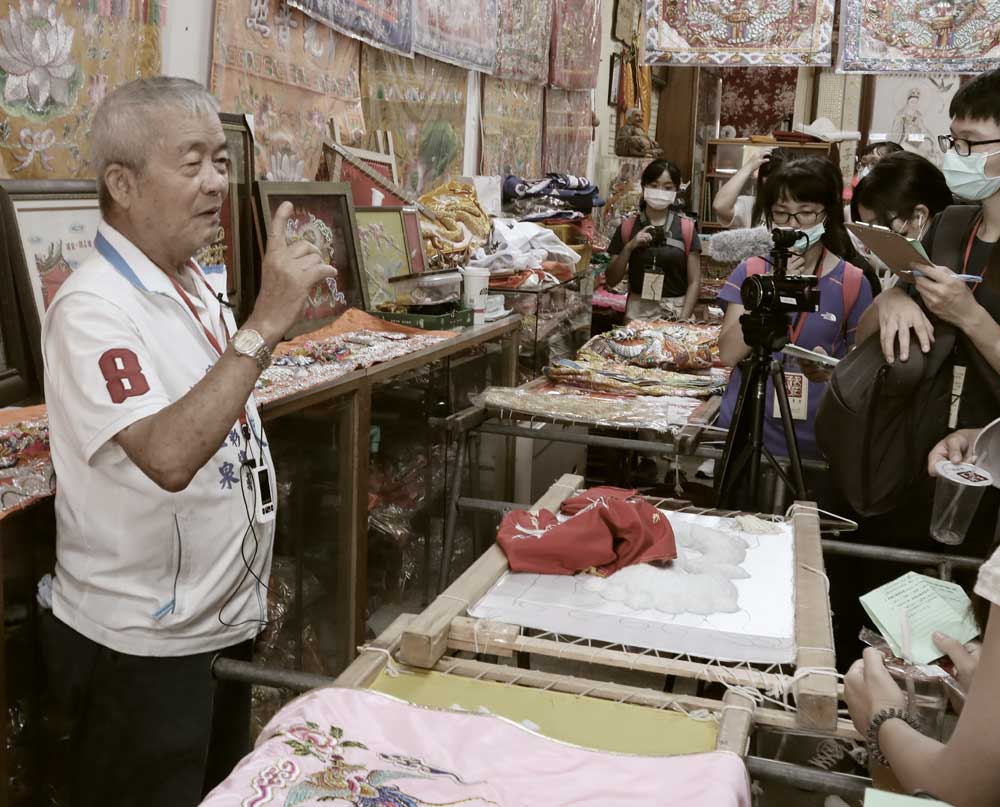 A photo of Vice President Chung-I Lin of NCKU, actively promoting the discipline of “Taiwan Studies” as a way to shape a new generation of Taiwanese through social practice. (Courtesy of NCKU News Center)