In response to the congestion of Keelung and Kaohsiung ports amid the economic boom and rapid growth of Taiwan’s export and import trade, the government decided to create a comprehensive platform for international services relating to businesses, industries, and fisheries in Taichung Port. In line with the government plan, NCKU had conducted the study of waves at Taichung Port even before the arrival of the first cart of rocks for the construction of the port.

Since its foundation, Tainan Hydraulics Testing Room had been a pioneer in performing hydraulic model tests. In the 1960s, this testing room helped the authority in charge to conduct investigations of the barrier islands along the west coast. During the 1970s, this testing room also played a pivotal role in facilitating Ten Major Construction Projects in Taiwan, as it carried out a broad range of tasks—from assessing the functions of waterfront facilities and structures, and analyzing ocean and coastal waves to performing drift studies on inlets near a thermal power plant, in addition to helping with the construction of Taichung Port. As this testing room needed to perform model tests, presented numeric expressions, and carried out on-site investigations, the engineers had to work outdoors besides indoor tests. In 1972, the testing room was upgraded to Tainan Hydraulics Laboratory (herein the Laboratory), which has continued to help Taiwan Power Company to formulate plans and do research on coastal constructions, drift studies, and thermal discharges.

During the 1980s, a group of engineers at the Laboratory began to conduct research on coastal engineering and marine constructions. By performing model tests, presenting numeric expressions, and carrying out on-site investigations, they successfully completed various major marine constructions, including the Changhua Coastal Industrial Park Development Plan, and the Yunlin Offshore Industrial Park Development Plan, while assisting in assessing the changes in the direction of flow of the Shuang River and finding out the cause of erosions along Mailiao Harbor and presenting a solution to it.

In 1998, the Laboratory ingeniously built the world largest wave basin and the second world largest wave flume, which attracted many foreign research institutions to initiate cooperation while sharing their experience in cutting-edge research.
NCKU’s hydraulics engineers have left their footprints all over the coastal and bay areas around Taiwan over the last 70 years. Not only have they contributed toward building water infrastructure, completing a vast array of national marine and hydraulic engineering projects, but they have also carved out a reputation for Taiwan in scientific research and given priority to the safety of the Taiwanese people.

A test of the direction of flow of water at the Laboratory (Courtesy of NCKU Museum. Photo taken by Yu-Hua Tsai) 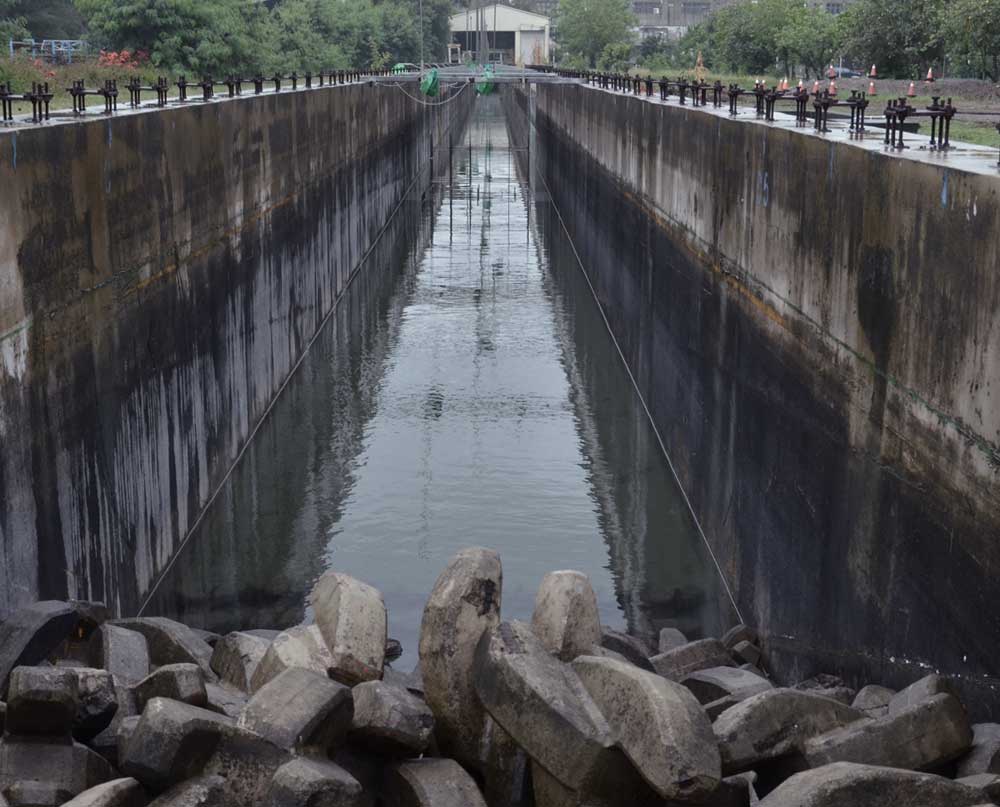 The school was upgraded to National Cheng Kung University, aiming to cultivate talented professionals across industries