Meng-Ru Shen, Superintendent of the NCKU Hospital, in discussion with his team on the route planning for the outdoor screening station, February 2020. (Courtesy of NCKU College of Medicine)

Starting out as an outbreak in Wuhan, China, the novel coronavirus “COVID-19” then quickly escalated into a global pandemic. The first imported case in Taiwan was announced on January 23. The following morning, at 7:30 am, Meng-Ru Shen, Superintendent of the NCKU Hospital, assembled an emergency response team comprising four groups for epidemic prevention: Information, Human Resources, Resources and Materials, and Finance. The NCKU Hospital also quickly set up a quarantine ward and planned the emergency response sector for Managed Isolation and Quarantine (MIQ): M (dedicated isolation ward for COVID-19 patients), I (ER negative pressure rooms), Q (outdoor screening station), intending that this stand-alone triage system would prevent the epidemic from spreading through the entire hospital.

With her background in Public Health, Huey-Jen Su, President of NCKU, decisively announced a two-week postponement to the new semester after conducting precise calculations of the epidemic prevention schedule. Soon universities across Taiwan followed suit. Later in the week, the Ministry of Education also announced a two-week postponement of school openings at every level. As the new semester would eventually start, NCKU utilized a QR code check-in system to record the whereabouts of teachers and students on campus. When an NCKU student became the first confirmed case in March, NCKU promptly launched its anti-epidemic system based on the student’s travel and contact record to identify potentially infected individuals. In April, when a confirmed case of the Friendship Fleet was found to have visited its basketball court, NCKU was able to identify 14 individuals contacted using the Smart Campus Imaging System. Within the next 24 hours, these 14 potentially infected individuals had been secured through school-wide text messages and announcements posted through the epidemic prevention information platform as well as on the website of every department. Afterwards, the public was astonished by such a level of efficiency: “Fortunately, it happened at NCKU!” Indeed, with a highly contagious disease such as COVID-19, had it happened in other schools where such immediate response might not have been possible, it could’ve escalated into a disastrous epidemic.

Transforming a crisis into constructive opportunities, Jung-Hsien Chiang, Chief Information Officer of the NCKU Hospital and Yi-Shan Tsai, Radiologist of the NCKU Hospital have jointly developed the “Artificial Intelligence Pneumonia Detection System (MedCheX)” by consolidating the expertise from the College of Engineering, the College of Electrical Engineering and Computer Science, the College of Medicine, and NCKU Hospital. As the results of their efforts, it takes only 1 second for MedCheX to identify and interpret the visual symptoms of COVID-19 with an accuracy rate of more than 90%.

During times of great difficulty, NCKU members have always been present to turn the impossible into possible by solving crises and shielding our country with our knowledge and expertise. 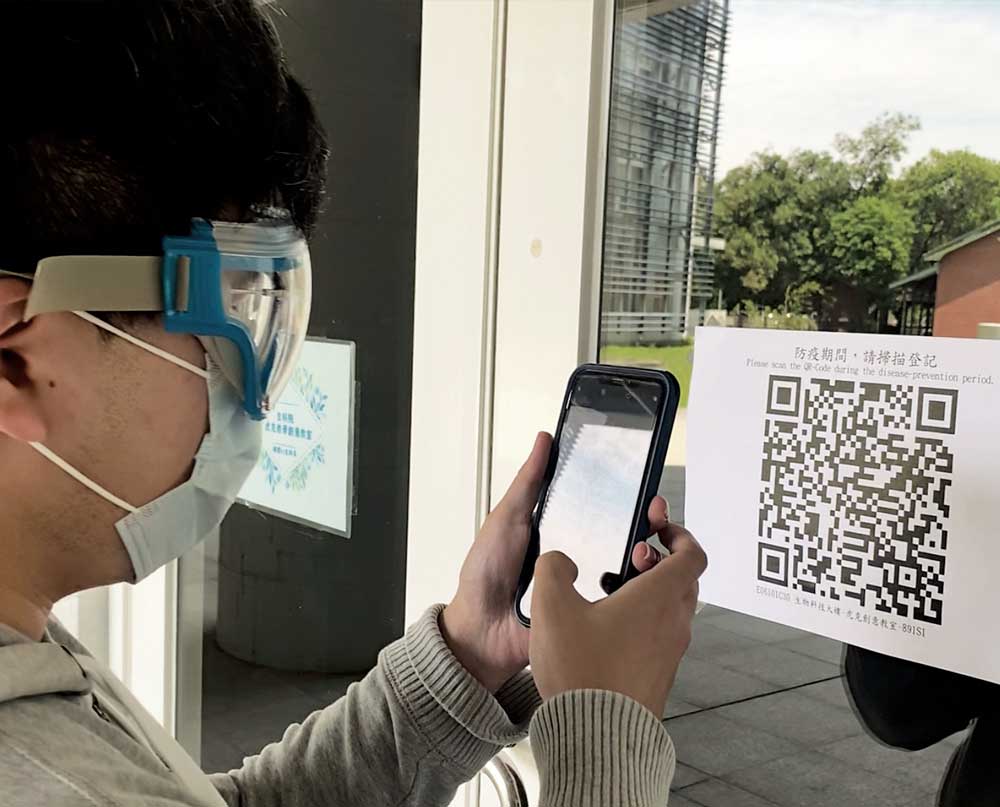 NCKU took the lead in recording the whereabouts of teachers and students on campus using QR Code technology, months before the national implementation of the same system to the general public. (Courtesy of CommonWealth magazine) 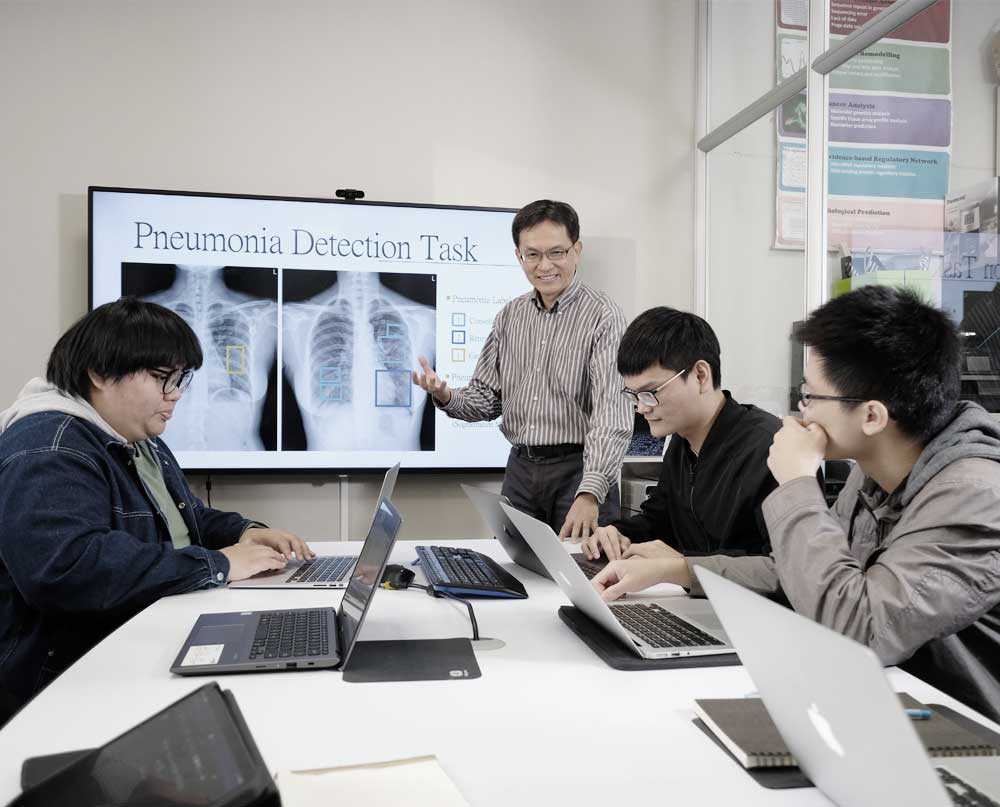 The artificial intelligence of MedCheX can identify and interpret the visual symptoms of COVID-19 with an accuracy rate of more than 90%. (Courtesy of Headquarters of University Advancement, NCKU) 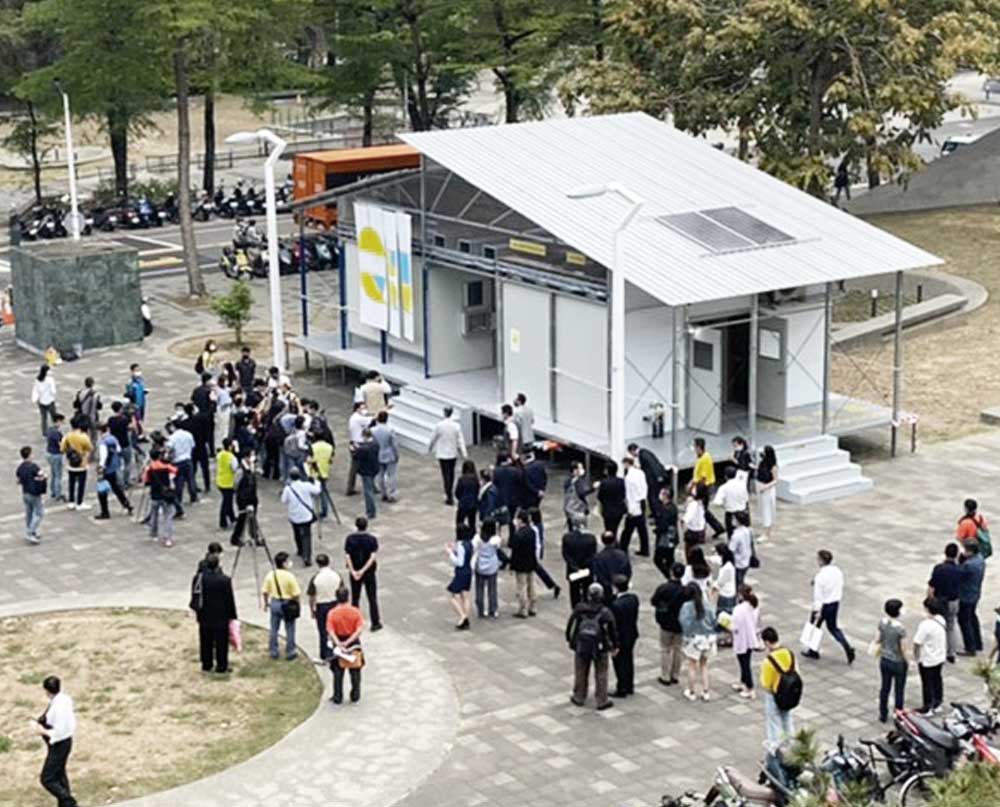 The NCKU interdisciplinary team is the creator of the world’s first “Quarantine Unit for Recovery Emergency, and Ecology (QurE)” prototype. (Courtesy of CommonWealth magazine)